Our last adventure of the summer wasn’t originally on the books, but we decided to tag along with our best friends on their trip to Georgetown, Grand Cayman (and then they had to cancel their trip to move).  Once on the books, our kids’ best friends (and their family) decided to join us for the week, which turned into one of the best beach vacations we’ve had in a few years.  The Westin Seven Mile Beach proved to be a great home for the week, even though it’s going through renovations (about half of it is completed, and we had a renovated room).  The renovated rooms were very clean and modern in style, and offered amenities like USB ports on the outlet strips for charging all of your devices.  The service at the hotel was top notch and the food/beverage was fantastic, including a really great coffee shop that served grab & go breakfast, lunch and snack items. 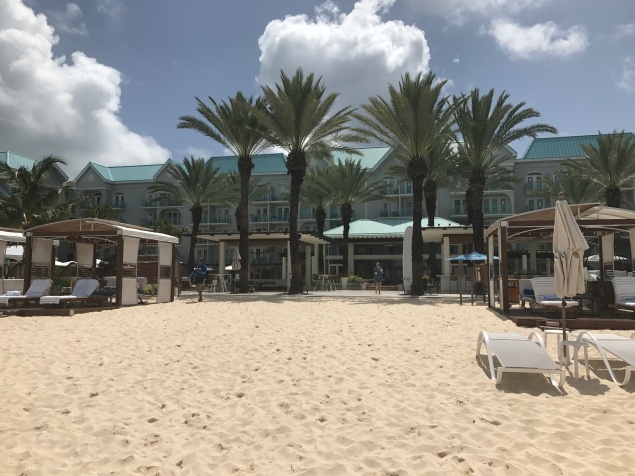 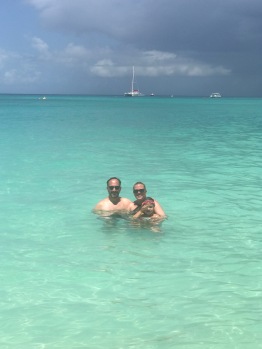 Certainly we booked a beach vacation with the main idea of spending our days lazing in the sun on the beach.  For those of you who have been to Seven Mile Beach, you know what a great location it is to do just that.  Our first full day there, the boys in our group went fishing and the girls stayed behind to hit the beach.  The friends that were with us also had their friends/neighbors on the island at the same time, and they were staying at the Ritz next door.  I will say that the service at the Ritz was fantastic as well, but the beach at the Westin was a little bit nicer.  Obviously, the dining at the Ritz is better than at the Westin, and we did have a fantastic dinner at the Seven steakhouse there one evening.  Where the Ritz has the Westin (and, frankly, most other resorts) beat is with their kids programming.  Since we had friends at the Ritz, we were able to utilize their kids’ club one evening while we had our adult dinner.  For the little kids in the group, they did a glow in the dark party…and even went outside to hunt for “animals” that glow in the dark.  For the big kids, they did a night snorkel trip with a guide just off the beach.  Kenneth saw a pregnant stingray, glow in the dark plankton, and a small octopus on this trip.  Needless to say, the kids were well entertained that evening!  Other than the kids’ club, though, unless there are rooms available for points, neither of us saw too much reason to spend the extra money for the Ritz as the renovated Westin is very nice. 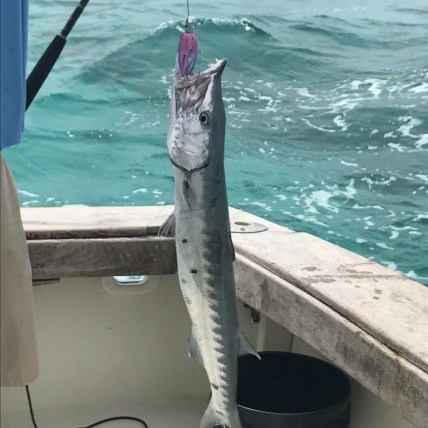 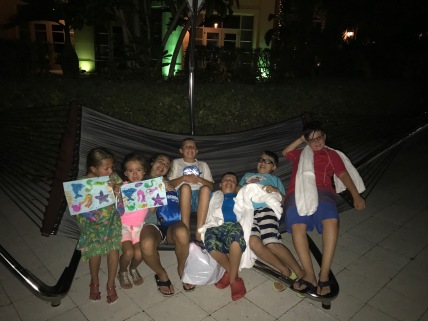 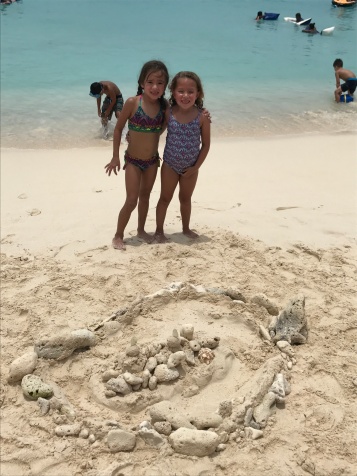 However, as nice as the beach was, the highlight of our trip, by far, was our private boat charter to Stingray Sandbar, Rum Point, and Starfish Island.  After much research we charted Lazy Daz a 34′ oceanmaster from Sail Cayman. Our boat was captained by Orneil Galbraith who made our day one of the most memorable with a unique pirate flair.  Our captain was raised on the island, and came from a long line of sailors and fishermen.  He knew the island well, and was very keen to protect it.  He was masterful at getting stingrays for the kids to feed and pet (most of them kissed it too!), and had all sorts of suggestions for where we should go that day that would be appropriate and enjoyable for the kids.  We only chartered him for half of the day, and I think that all of us wished we’d done it for the full day instead!  We will definitely charter him again on our next visit, even if it’s a cruise ship stop. 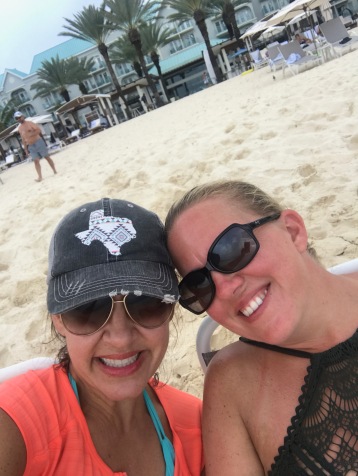 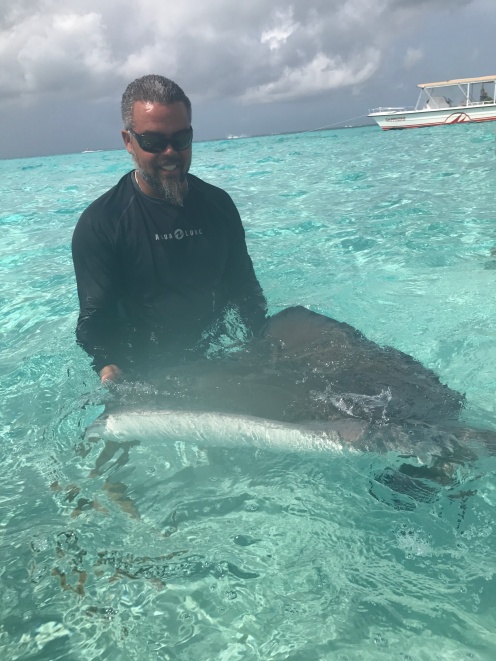 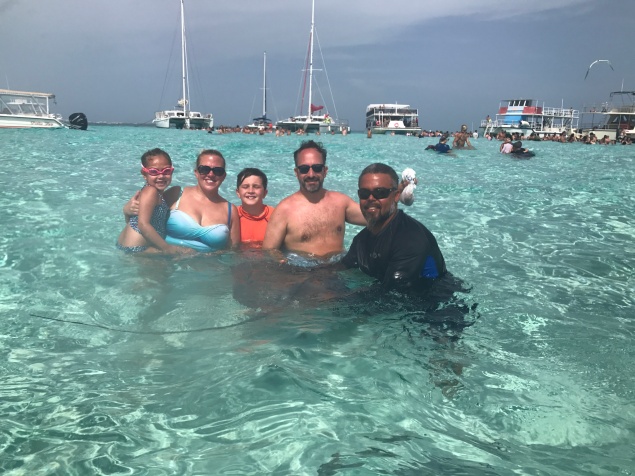 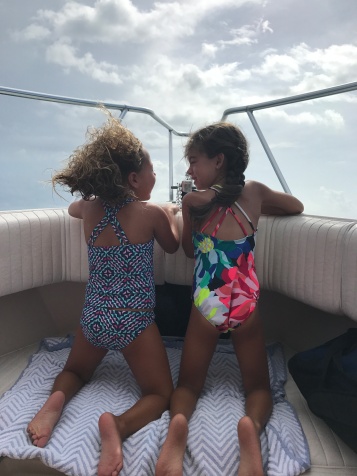 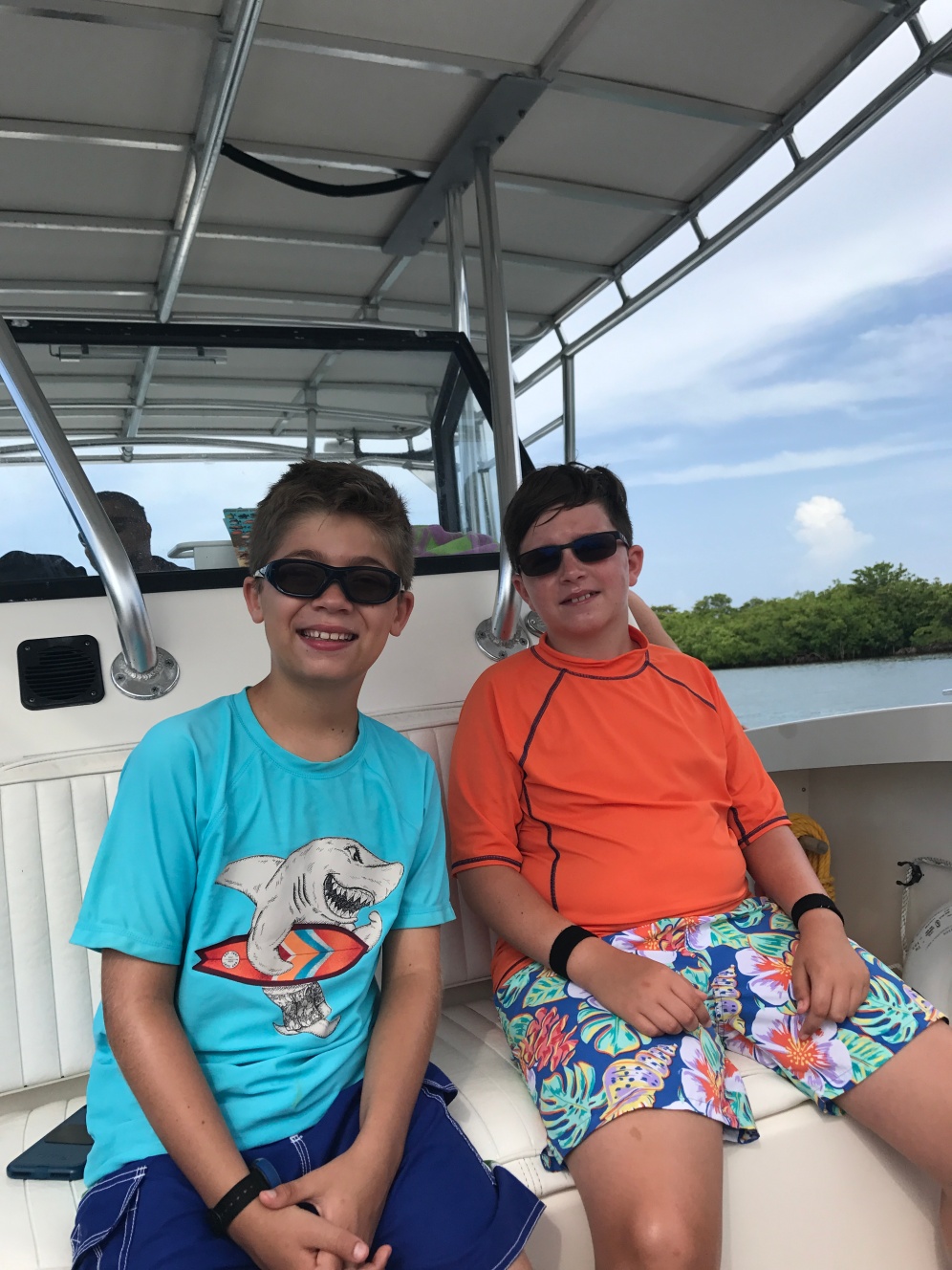 Our return flight home was uneventful, thankfully, and we were back in time for the kids to go to their back to school orientation the very next morning.  Summer is officially over in the Fernandez household, and the kids will get some down time from traveling for a while.  Our next planned family trip is over Thanksgiving week, but we may sneak in a weekend trip here and there if flag football and cheer schedules allow!

One thought on “Turquoise water, endless laughs and back to school…”