We were fortunate to find a cruise itinerary that spent two full days (and an overnight) in Barcelona.  My goodness, are we glad we did!  (Warning: long post with a lot of photos ahead!)

First, we went up the mountain to Montserrat to visit the monastery and see the shrine to the Black Madonna.  If you look very, very closely at the photos, you can see her on the top of the altar.  She is black because the wood she was made out of somehow turned black from the smoke from all the candles.  The legend we were told is that someone found her on the mountain several hundred years ago, and the bishop in the town wanted to bring her to his church at the base of the mountain.  When the men tried to move her from the mountain, she became so heavy that even the strongest men couldn’t move her an inch.  So, they decided to leave her there and build a shrine to her since it was clear that she didn’t want to leave the mountain.  The church was beautiful, as are all of the churches we’ve toured in European cities.  We lit candles and prayed while we visited the shrine. 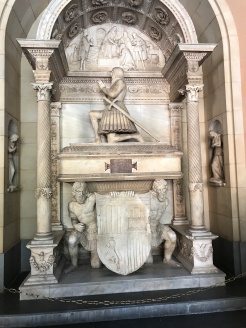 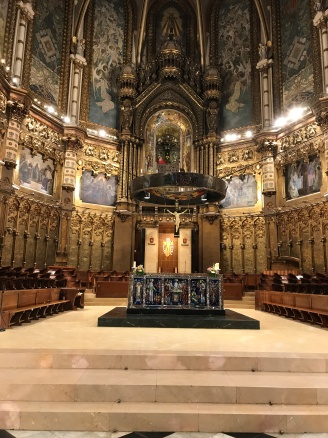 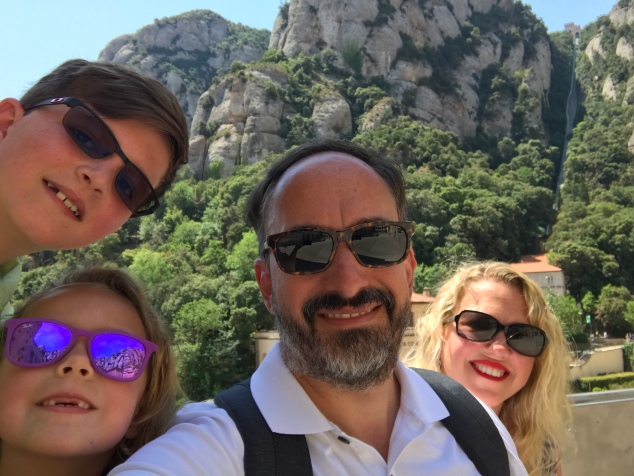 After a lunch at the monastery (where we shared a table with a lovely older couple from northern England), we headed back down the mountain.  A funny note about lunch that highlights the difference between life in the USA and life in Spain — wine was complimentary and bottles were placed on the tables for us to help ourselves to as much as we wanted.  However, the kids wanted Cokes and we had to pay 2 euros each for those!

Once down the mountain, we drove through a bit of the city to see some of Gaudi’s architecture before being dropped off at the Cathedral inside the ancient Roman walls.  We didn’t have much time to walk around the area yesterday, but we did find time to sit at a sidewalk cafe and have some sangria! 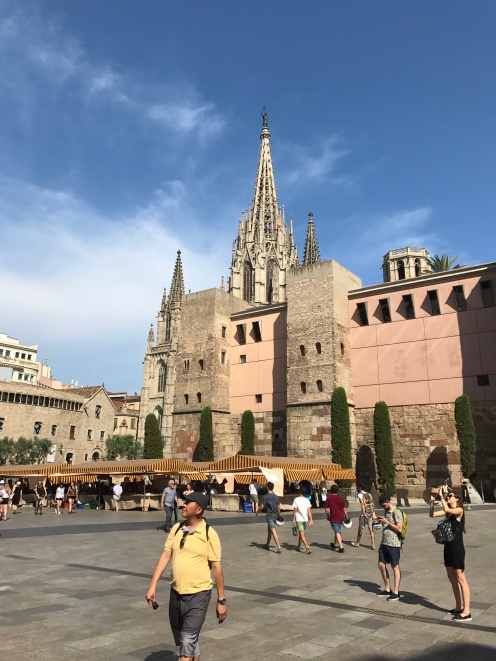 Back on the ship, we were treated to a show from a runner up from the UK’s X Factor television show.  Let me tell you, this guy could sing!  I can’t recall his name, but the kids tell me it was Ben (they don’t remember his last name either).  Finally, last night some local flamenco dancers came aboard the ship to do a show for us. The kids loved watching the different style of dance and learning a bit more of Spanish culture.

After what felt like a very short night of sleep (the fiesta in Barcelona goes late, haha), we were up again to head into the city to do some sightseeing on our own.  We took a taxi to La Sagrada Familia because when you’re here, you have to see it!  This cab ride was a bit hair raising, let me tell you.  This driver was crazy even by Spanish standards…thank goodness the seat belts worked (and that the drive was only a few miles).  I’ve always thought that the church looked kind of creepy in photos, but it really was quite fascinating to see in person.  We didn’t go inside (we are kind of pushing the “let’s go look at churches” limit for the kids), but the outside was amazing. 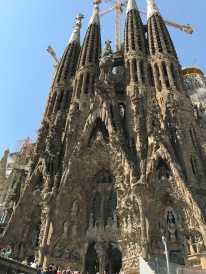 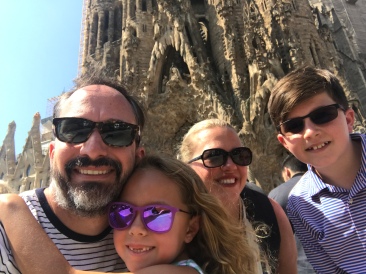 After walking around the church to view it from all sides, we took a nice long stroll through the city streets to get to Las Ramblas to do some shopping and find a spot to

have some lunch.  We stopped at a place called La Terrassa del DO in the Plaça Reial to have some lunch and (of course) more sangria.  We

ordered a bunch of tapas so that the kids could try some different things.  Some were hits, some not so much.  They both liked the carpaccio, but didn’t love the patatas bravas (only our kids would like raw beef but not fried potatoes)!  We also ordered a paella with pork ribs and shrimp that came in a large pot to share.  Both loved that dish…even Belinda (princess picky pants).

We took a significantly less harrowing cab ride back to the port to give the kids a chance to relax this afternoon.  Both were hot and tired since we’ve walked several miles every day since we’ve been in Europe.  It’s good for them…but I know they’re tired, especially given the heat.  Luckily, we have our first day at sea tomorrow, so they’ll have a day to just relax and swim!

Finally today, all guests staying in suites were invited to watch the sail away from Barcelona from the helipad at the front of the ship.  We thought it’d be a fun adventure to see from that perspective, especially since our suite is at the very back of the ship.  It was definitely a fun experience. 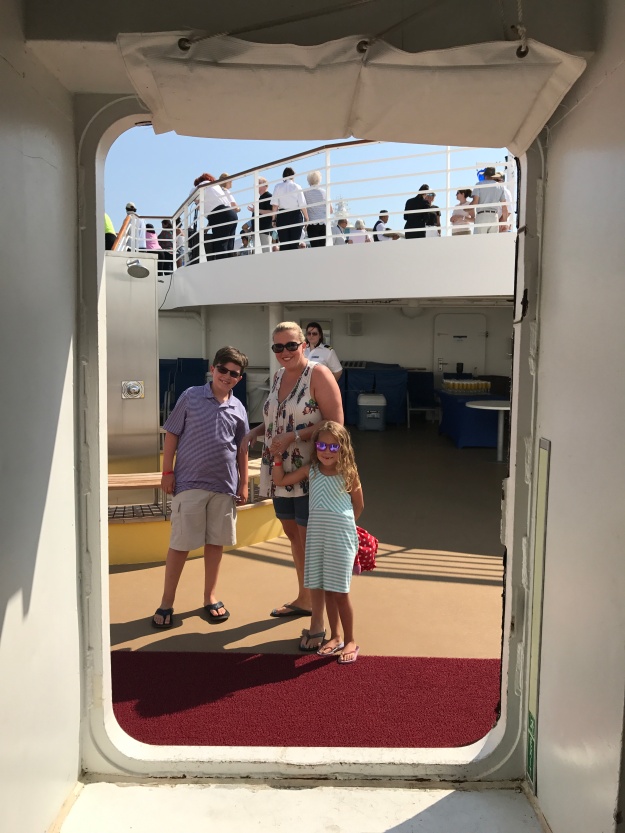 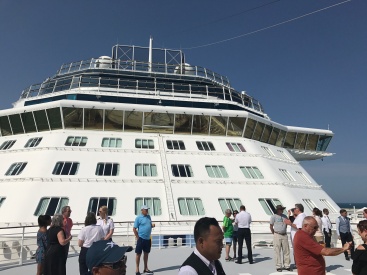 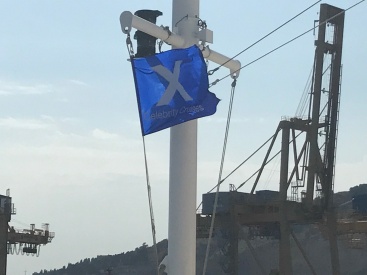